Marco Di Maggio is a real genius as a guitarist, songwriter and adaptor of music, outside of his genre and inside it. "The Wildest Game" is a super, super record!

For many years Marco has been working with Matteo Giannetti (double bass and electric bass) and Marco Barsanti (drums), two great musicians who have important national and international collaborations, solid rhythmic base also in Di Maggio Bros. (another project by Marco di Maggio). 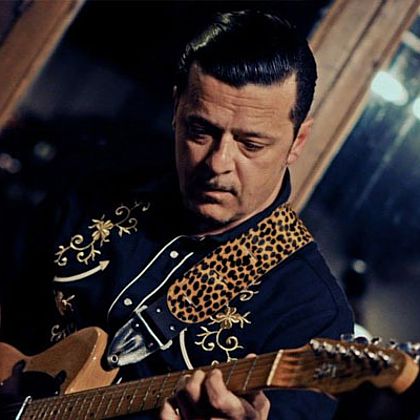 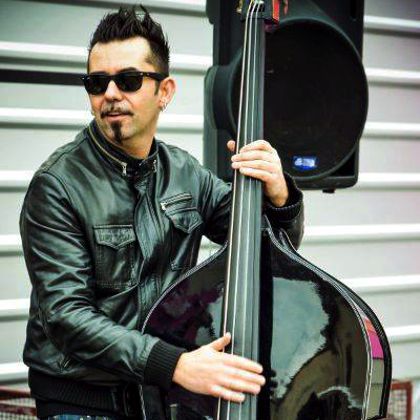 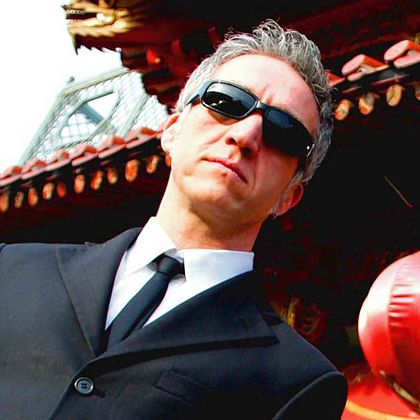 Try shaking some of the wildest face of R’n'R, PsychoBilly-Core, NeoSurf-Rock, add a touch of Hardknocking-Swing and mix it up with the dexterity of this power trio, and you’ll get the Di Maggio Connection.

The band leader, Marco Di Maggio, has been recognized by the international press as one of the top world’s R’n'R guitarist/singer. His brilliant musical background covers many styles, ranging from Rock, Rockabilly, Power Surf, R’n'R, Neo Swing, Country and Blues. He writes his own music with character, mixing up an explosive cocktail of different influences.

Terry Williams, the Dire Straits drummer, said about him: “I played with the greatests, B.B. King, Eric Clapton, Mark Knopfler, Albert Lee and i can say that Marco Di Maggio is one of them.”

Marco has released 10 cd’s, 1 teaching video, 1 music video, and has appeared in over 35 international compilations.

Interviewed by important tv and radio channels as the BBC in the UK. Starting in 1999 he worked on soundtracks and commercial jingles, and many of his songs have been chosen for inclusion in movies shown around the globe, including the famous tv series “Friends“.

He become popular with his first band, The Di Maggio Bros. and with the Di Maggio Connection Marco he opened a new chapter on his music, releasing the album “The Wildest Game“, 16 tracks of pure dynamite R’n'R.

During 2007, Marco toured in China playing at top clubs in Shanghai, Peking, Hangzhou.

In 2009 Marco went back in the studio to record his 10th albums titled “The Route Of Time” with his band, The Di Maggio Connection.

Thanks to M. Casale Bauer, Italy, Marco has been selected by the great Gretsch Guitars to endorse those fabulous instruments and in the same time he started a collaboration endorsing also Elixir Strings.

During July 2009, the band performed at one of the top world’s festival, the Montreux Jazz Festival. On that occasion the show was recorded and the cd was published in 2011.

Steve Aynsley, journalist for the important Uk’s Magazine “Now Dig This”, comments: “Marco Di Maggio is a real genius as a guitarist, songwriter and adaptor of music, outside of his genre and inside it. The Wildest Game is a super, super record!!”

The line up of the Di Maggio Connection is composed by:

Matteo Giannetti (Double Bass/Bass) – One of the best Italian bass player, requested also by lots of famous national acts, both in studio and live appearences, very appreciated music teacher for important music academies. Marco Barsanti (Drums) – Solid drummer who can play many different styles with dexterity and versatility. He worked with many well known acts, from Rock to Jazz, mixing up great technique and feeling.